Understanding St. Pauli with its peculiarities and contrasts and grasping the significance of the place of the former Esso houses is considered essential for the development of the urban planning concept and for the formation of a neighborhood that wants to find acceptance among residents and neighbors. The place is shaped by its history and by its current expectations and desires. This is the starting point for the design, which on the one hand seeks the urban reference of St. Pauli and at the same time provides answers to a contemporary life in the neighborhood. The basic idea of the urban design figure is the classic block edge, which is broken up according to the character of St. Pauli, allowing access and views into the interior of the block. Differentiated exterior spaces are formed by the arrangement of a building block along Taubenstrasse and two interlocking angular building sections, at the ends of which high points are developed in the style of the former Esso houses. The distribution of uses follows the character of the neighborhood from a noisier to a quieter side and arranges along the Spielbudenplatz a hotel use in two structures. Attached to this, protected from noise intrusion, is residential construction along Taubenstraße, Kastanienallee and in the interior of the block. 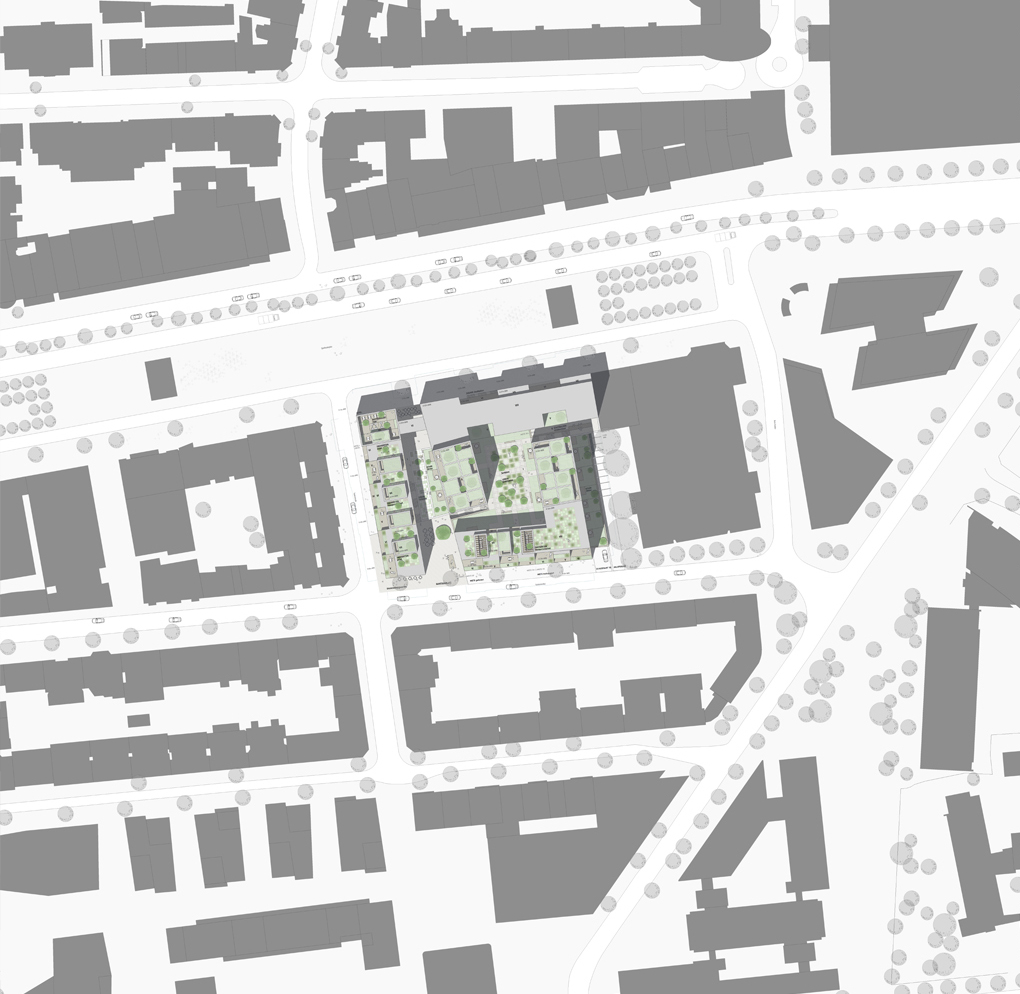