The aim of the design is a combination of optimal connection to the street spaces and an intensive use of space on the site in view of the prime location in the pedestrian zone in the center of Kassel. The street frontage to Obere Königs street will therefore have a tripartite layout corresponding to the planned division into three rental units.

In the center of the site, a central atrium will act as an orientation point within the area and, in addition to its space-structuring function, will distribute visitor routes and accommodate central facilities. The building cubature planned in the block edge to the Obere Königs street will be able to accommodate office or residential uses over three floors in the existing row depth, which will have their access to the Obere Königs street and be connected to the underground parking of the overall building.

The building's appearance is characterized by a natural stone façade with large-format glass openings facing Obere Königs street. Its two-story structure echoes the tracery of the historic building on Königsplatz. The office zone beginning on the third floor is marked in the area of the base by a filter of horizontal natural stone pilasters. Above the base, a glazed, slightly recessed roof zone rises. Along Obere Königs street, a continuous glass canopy will mark the transition between inside and outside and support strolling along the shop window areas. 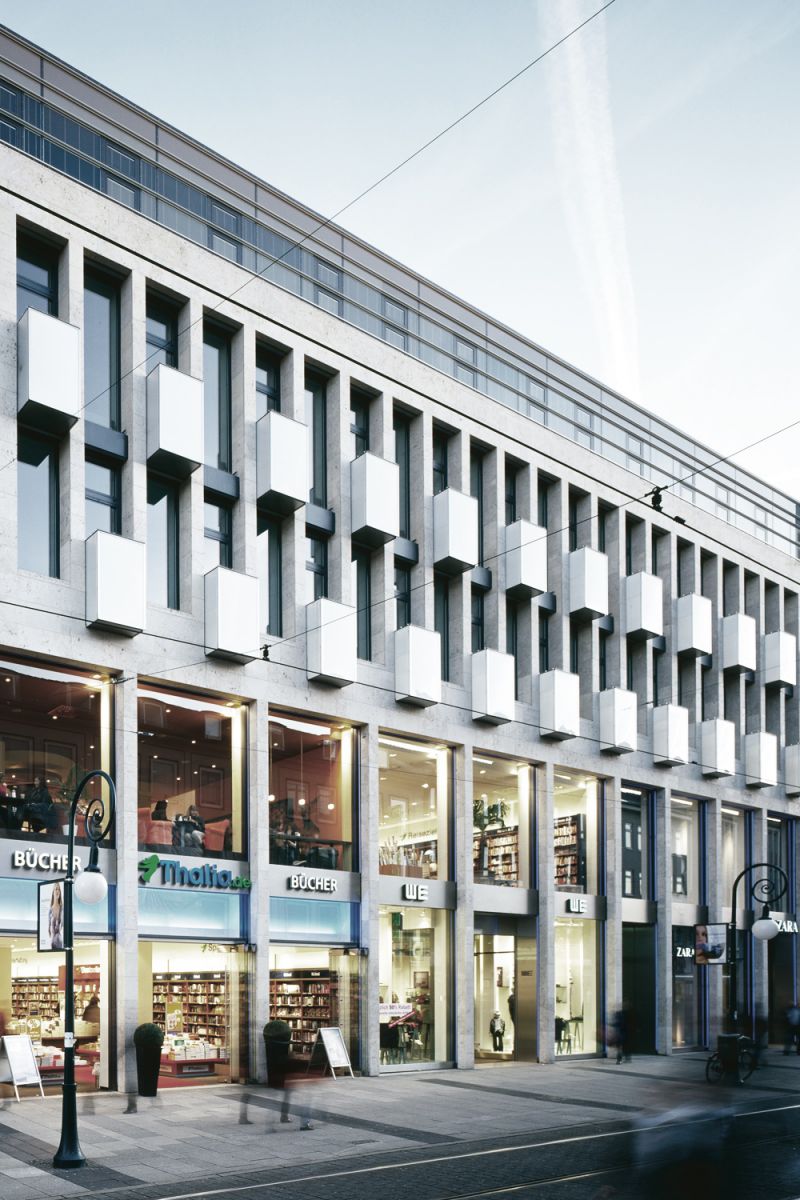