The central design idea is the connection between the university and the city. With its high density and functional mix, the existing site provides starting points that will be developed and strengthened with the expansion. By integrating the existing industrial buildings, which are worth preserving, the character of the former industrial site will also be a defining feature of the expansion area.
The positioning and choice of location of the individual new buildings on the northern area attempts to achieve a close functional and spatial integration with the existing buildings and at the same time to link the surrounding neighborhoods with the campus. The most important element here is a central square as the new focal point of the campus between the north and south grounds. This square unites the functions of lecture hall center, refectory and campus center in the new spatial focal point. The main pathway within the campus runs north-south across the square as a continuation of the previous line Holländischer Platz- Diagonale- Bibliothek- Mensa. The new buildings of the extension as well as the existing buildings to be integrated are positioned along this path. The path finds its conclusion in the new department of architecture. Through the spatial presence of the square figure and its surrounding buildings, the Moritzstrasse, which has to be crossed, is overplayed in a self-evident way. Parallel to the main path connection, the green corridor, which is important for the urban climate, runs along the Ahna. Its function is not disturbed by buildings, only paths in east-west direction between the campus and the adjacent city districts cross its course. With its spurs, the green corridor can additionally reach between the adjacent buildings in a finger-like manner. 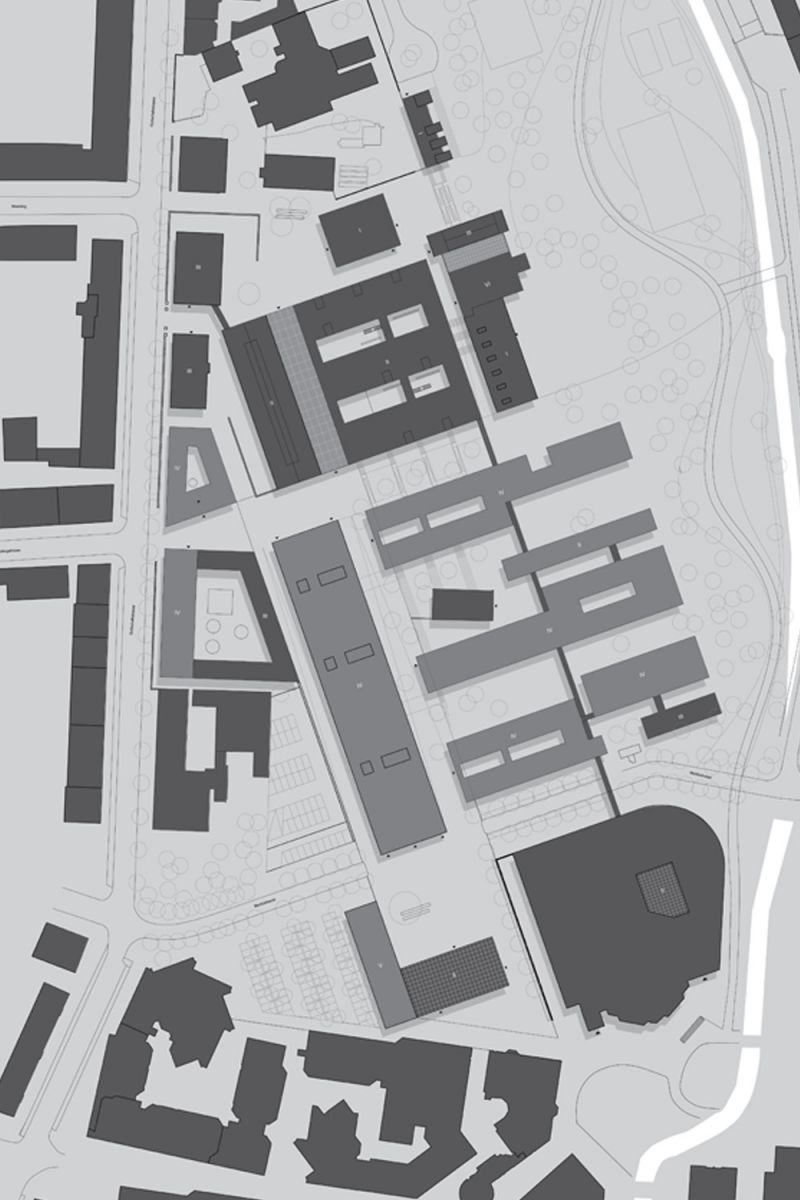