The basis of the design is the urban development concept of the eastern part of Hafencity in the area of Baakenhafenquartier. The seven-story perimeter block structure consisting of six building sections is divided into small-scale units, which allow urban living and individual diversity to emerge. Numerous open spaces on the different levels of the quarter complement the spatial offer with private and semi-public outdoor areas. The guiding idea of the design is the fine-grained division of the block into readable individual buildings, contrary to the theme of "one block one  house". The scale of the facade fronts deliberately seeks parallels in the urban development of the late 19th century. At the same time, a homogeneous diversity develops through a permanent over-shaping of recurring elements, which at the same time differentiates and binds the block. [A subtle interplay of protruding and receding facades, supported by deep recesses of the loggias and projecting oriels, carry the design idea along the street and square spaces. While houses 5 and 6 follow this principle to a reduced extent on the courtyard side, the remaining buildings are bound on the courtyard side by a defining element in the form of a four-story, projecting balcony front. Protruding sections on this side also reflect the idea of a single house. 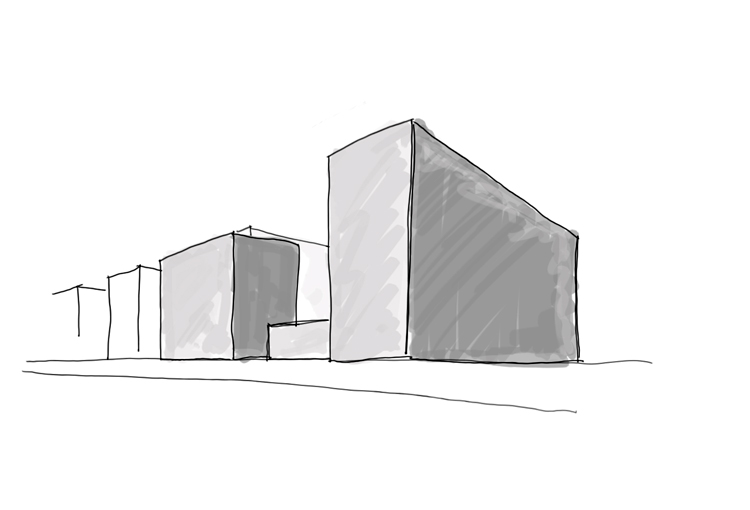 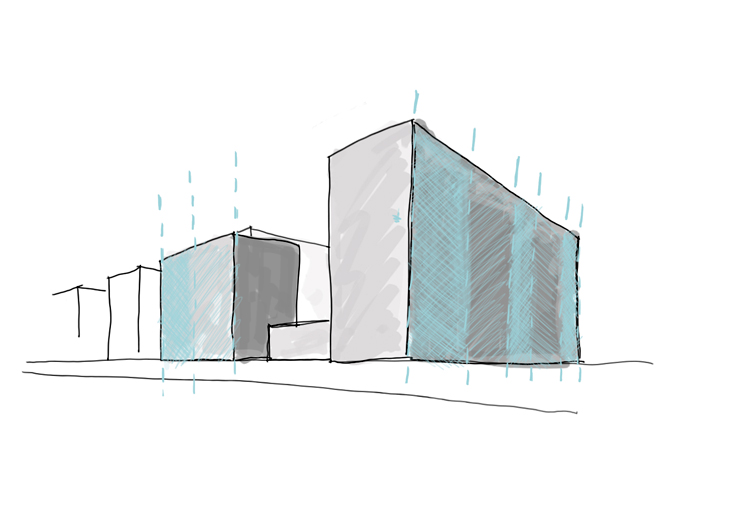 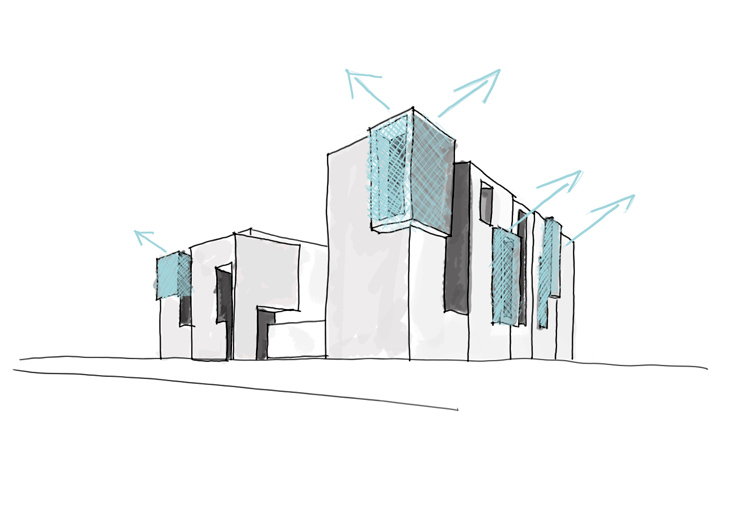